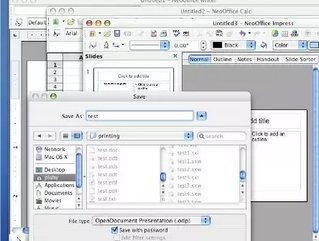 The donation was supported by IBM, who pushed for the action when Oracle announced that OpenOffice was moving from a commercial project to a community-based open source project. IBM, though, needs OpenOffice advancement to support its Lotus Symphony office suite that runs on OpenOffice. “IBM welcomes Oracle’s contribution of OpenOffice software to the Apache Software Foundation. We look forward to engaging with other community members to advance the technology beginning with our strong support of the incubation process for OpenOffice at Apache,” said Kevin Cavanaugh, VP of IBM Collaboration Solutions.

Now, hopefully, The Apache Software Foundation can advance the project back to a commercial level. “We welcome highly-focused, emerging projects from individual contributors, as well as those with robust developer communities, global user bases, and strong corporate backing,” Apache’s President Jim Jagielski said.

If OpenOffice, under Apache’s new guidance, demonstrates that its community and products are well-governed, it will be released under the Apache License v2.0. The project then moves to a higher level, where it is governed by a Project Management Committee that oversees community development and product releases.