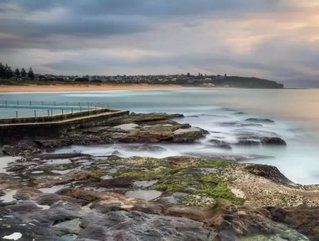 Renewable energy is a hot topic in Australia right now: just last month, opposition leader Bill Shorten told the Labor Party conference that the party should be reaching to source 50 percent of Australia’s energy from renewables by 2030, bringing the country up to speed with other renewable-forward regions like Germany or California in the United States.

In the field of renewable biofuels, algae as a fuel source is starting to gain traction—and with just the right climate and vast coastal access, Australia has significant potential to develop algae biofuel production on a massive scale. But the environmental benefits of alternative renewable fuel production are not always enough. Australia’s government and private sectors will also need the right financial motivation before investing in this emerging field.

Understanding this, academic publication The Conversation recently offered up several reasons why algae biofuel is one new technology that Australia should be seriously invested in.

One major selling point of biofuel’s value to the Australian community is jobs. According to The Conversation’s research, large-scale algae biofuel production could create as many as 13,000 jobs in Australia and trigger an economic stimulus of around A$4 billion:

Our analysis shows that algae biofuel facilities would create local rural jobs, while also activating sectors of the broader economy associated with equipment, trade and business services. […] Investing in algae biofuel production is environmentally, economically and socially sustainable, and will provide a much-needed stimulus to the economy while creating much-needed quality jobs in rural areas.

RELATED CONTENT: Why Australia should look to renewable energy to stay amongst leading nations

The report also notes that the economic stimulus potentially generated by algae biofuel production could also be significantly more promising than the crude oil production that is standard today:

It would generate a total economic stimulus of 77 cents for every dollar invested, compared with just 13 cents in the dollar for traditional crude oil exploration and extraction (see table 1 in our paper).

Australia has already proven that large-scale algae production is possible—as The Conversation also notes, Hutt Lagoon in Western Australia is home to 740 hectares-worth of algae pond space, currently used for beta-carotene supplement production. The idea of putting similar facilities to work in biofuel production is extremely promising, and should be an intriguing proposition for both public and private sectors.