Huawei's Chairman appeals to developers to make most of 5G 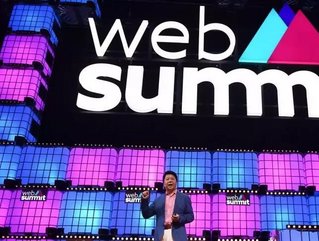 Web Summit 2019 has just wrapped up, with one of the most intriguing talks coming from the chairman of Chinese technology firm Huawei, Guo Ping.

Guo’s talk focused on Huawei’s idea of 5G X. “This X can be AI, big data, VR or AR, among other technologies,” said Guo. “I believe that in the future, 5G X will create countless opportunities for entrepreneurs,” he went on to say, comparing the potential of the technology to the introduction of electricity itself.

“The rollout of 5G commercial networks is occurring more [quickly] than expected. As of now, 40 carriers in over 20 countries are using 5G networks commercially. We predict by the end of this year, we will see 60 commercial 5G networks. [...] The average 5G user consumes three times as much data as a 4G user. 5G can achieve speeds as high as 20 Gb/s with latency as low as one millisecond. Supporting 1mn connections per square kilometer, 5G can ensure a superior experience for the internet of things.”

A raft of existing use cases of 5G technology were given by Guo, including musicians being able to remain in time while playing together over the internet, owing to real-time, low-latency communication, as well as reducing the need to inspect pipelines in person, thanks to high definition video streaming from remote locations. “The applications and software built on top of [5G] is what generates value. [...] Huawei has been working with carriers to create a foundation so app and software developers can fully unleash their potential,” he said.

The talk was in line with the company’s attempt to build its own “next generation” ecosystem of technologies, owing to the cold shoulder being shown to the company by the US government. Guo duly closed his discussion with mention of Huawei’s developer program, which was previously revealed at the company’s Huawei’s Connect 2019 event. Backed by $1.5bn of investment over five years, the stated foci of the program include an open ecosystem, the development of new industry standards and shared availability to developers.