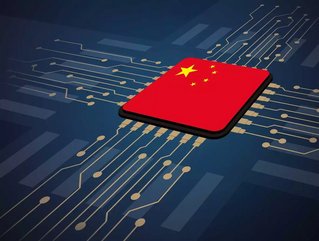 China-based robotics company Geek+ has been recognised at the 2020 RBR50 Robotics Innovation Awards for the second time in a row...

China-based robotics company Geek+ has been recognised at the 2020 RBR50 Robotics Innovation Awards for the second time in a row.

A rare accomplishment for a non-US company, Geek+’s standing as one of the top 50 best enterprises in the field has been solidified. It achieved this through a combination of technological innovation, transformative business acumen and a strategic expansion plan.

Currently serving more than 20 countries on every continent except Africa, the company has over 800 employees, 400 engineers and 300 patents.

Its robots have found favour with big-name brands such as Nike, Walmart, Decathlon and DHL. So far, Geek+ has launched 10,000 of its various models into the market, making it a truly global market leader of AMR products.

“Winning the RBR50 Innovation award is a great honour, a celebration of the exceptional robotics products our R&D team has developed and a welcomed recognition of the company’s ambitious international expansion strategy,” said Yong Zheng, founder and CEO of Geek+.

“As a company that seeks to transform the global supply chain, we realize the importance of adopting an integrated and holistic approach every step of the way. This has, in turn, led to many of our biggest innovations such as RaaS – Robot-as-a-Service, the bin-to-person RoboShuttle System and creating the world’s first AMR Smart Factory with robots making robots.”

Geek+’s status as an innovator meant that when it came time for an AMR-based solution to the COVID-19 pandemic, it did not take long for the company to produce details of a new design.

This relatively fast development which doesn’t skip high build quality or effectiveness is emblematic of Geek+’s approach. Yong Zheng concludes that the company envisages nothing less than the reinvention of both modern life and business:

“Through our CARE strategy, we pledge to dedicate ourselves to bringing concrete value to our Customers, through the application of advanced AI in warehouse and factory operations and a flexible and accessible Robot-as-a-Service business model, building the new automated and smart supply chain of tomorrow with our technology and industry Ecosystem partners.”