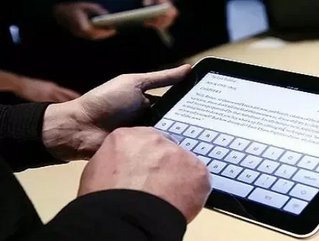 Despite the rising popularity of Bring Your Own Device (BYOD) among workplaces (even Parliament) and a whopping 2.4 million tablets sold in Australia last year, a recent Telsyte survey revealed that most Australian businesses do not support employees bringing their own technology to work.

“Most organisations do not actively encourage or provide technical support for people to bring in their media tablets for work purposes,” Telsyte research director Foad Fadaghi told Computerworld Australia.

Notwithstanding this lack of in-office support and the fact that personal residences are emerging as the primary tablet use location, Mr Fadaghi pointed out that a significant number of survey respondents reported using their tablets “for work-related email, similar to the rate of use of work email on personal smartphones.”

According to Telsyte’s estimates, more than five million Australians were using tablet computers by the end of 2012, with half of these users having purchased their device last year.

Device sales are expected to double in 2013 and by 2017, tablet use is forecast to reach the smartphone’s user base.

The ecommerce capabilities of the tablet appear endless: half of all media tablet users surveyed reported using their device to purchase a physical product or service, and categories such as event tickets and travel are rapidly climbing the ecommerce ladder.

Telsyte went on to forecast that more retailers will harness these trends and launch tablet-compatible shopping and catalogue apps this year.

“The explosion in commercial transactions on media tablets highlights the importance of a multi-screen strategy for digital advertisers and retailers,” Fadaghi said.