Could Uber’s Grab deal be a hasty mistake for business and customers? 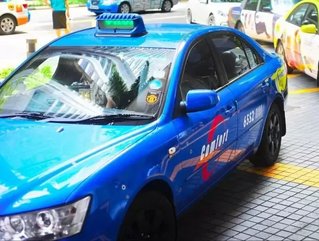 Following Uber CEO Dara Khosrowshahi’s Asia visit it has been announced in the press that Uber plans to sell its Southeast Asian business to Singaporean rival Grab.

Some in the media have expressed concern this could be detrimental and isn’t the best way forward for company or region.

Grab, which is currently valued at $6bn, would buy Uber’s Southeast Asian business with Uber retaining a stake in Grab. Both companies are currently backed by Softbank.

Uber similarly sold its China business in 2016 and exited another unprofitable market, Russia, in the same way.

GrabPay partners with oBike in Singapore

There is speculation that this is evidence of Uber “tidying up” in preparation for an IPO, which has meant concentrating on more profitable ventures and removing unprofitable ones from its portfolio.

Uber has not only dropped far behind local rival Grab, but has competition from smaller firms, as well as fellow unicorn Go-Jek in Indonesia. Go-Jek has announced that it will try to expand internationally in the near future.

TechCrunch has pointed out that Southeast Asia’s ride-sharing business made just $5.1bn last year despite a population of over 600mn, and Khosrowshahi has said he doesn’t expect Uber to turn a profit in the region “in the near future”.

However, TechCrunch suggested that Uber’s well-known brand could help it against local rivals. The CEO has indeed stated that “we expect to lose money in Southeast Asia and expect to invest aggressively in terms of marketing, subsidies…”

Meanwhile, Tech in Asia has focussed on the detrimental impact of a possible deal on consumers, saying it is part of Softbank’s efforts to control the ride-hailing market. Softbank not only has a stake in both Uber and Grab, but has invested in Chinese rival Didi, India’s Ola and Brazil’s 99.

As always, less competition (or even possibly a monopoly for Grab in the region) can mean higher prices for consumers, and drivers have voiced concerns about possible pay cuts.

Regulators will likely crack down to ensure Grab’s power doesn’t get out of hand.