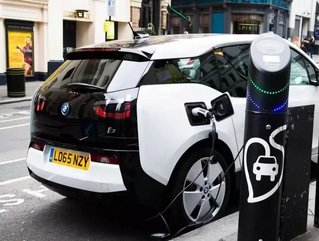 NIO, a Chinese electric vehicle start-up, has hired investment banks in order to prepare for an initial public offering which it hopes to float in the US by the end of next year.

The company has yet to decide whether it will float on the New York Stock Exchange or the Nasdaq.

According to the South China Morning Post citing sources familiar with the matter, NIO is hoping to raise $2bn with the IPO, which will see the company valued at $15bn post funding.

The company currently has backing from big tech names such as Tencent, Baidu and Xiaomi.

No more details have been released by the company itself about the proposed IPO.

Greenpeace: Beijing leads the way in pollution battle but rest of China disappoints

What tech opportunities have been created by China’s war on pollution?

As part of China’s war on pollution, many businesses have benefited from special manufacturing permits, grants and consumer subsidies aimed at the makers of non-traditional fuel vehicles.

China has aimed to end the sale of petrol and diesel cars but did not disclose a date for this when the plan was announced last year, however it is expected to compete with Britain and France’s pledges to do so by 2040.

The country not only hopes to battle pollution, but turning to electric vehicles will also help with its aim to become less reliant on imported oil.

Meanwhile China’s largest electric car manufacturer, the state-backed Beijing Electric Vehicle Co, which is worth $4.5bn, has also announced it plans to go public in the near future.

One offering from NIO is the ES8, an electric seven-seater SUV which comes in at half the price of Tesla’s Model X. A US IPO would create some much-needed competition for Elon Musk’s US based electric vehicle pioneer.

According to data from the China Association of Automobile Manufacturers, 777,000 new energy vehicles were sold in Mainland China last year. This category includes electric and hybrid vehicles. Electric vehicle sales are estimated to have increased by 82% and hybrids by 39%.