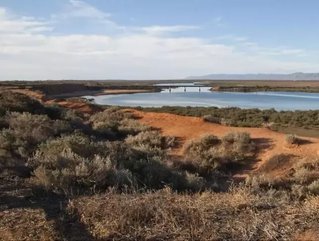 The system, which is to be built in Port Augusta, South Australia, is to offer a renewable baseload of 50MW / 200MWh to the Australian market, complementing the planned 50MW solar project at the same site.

"The Pangea Storage Project is a wonderful example on how renewable power generation and a safe, reliable and sustainable energy storage technology such as the Vanadium Redox-Flow battery are a perfect symbiosis to provide renewable baseload today,” said Stefan Schauss, CEO of CellCube. “Our new high performing CellCube is three times more efficient than any Power-2-X or Hydrogen technology which will not be available at this scale in the next 3 years. CellCube also offers a lifetime support of 25 years with no degradation or augmentation like needed for lithium. This is real true value for money."

In their press release, CellCube placed the development alongside Australia’s renewed focus on grid scale energy storage projects due to the issues with network stability that stem from renewable energy.

Cellcube says that it develops, manufactures, and markets energy storage systems on the basis of vanadium redox flow technology. Its expertise in this area made it a natural fit for Pangea, as Luis Chiang Lin, CEO, explained: "From the beginning, we had always considered the Vanadium Redox-Flow technology in mind. Australia has massive Vanadium resources and the exploration of vanadium is pretty simple, cheap and does not have the impact on nature and labor conditions such as cobalt or other rare earths in the lithium industry. As such, choosing Vanadium and working with CellCube as market leader in the vanadium related storage industry is a perfect match for our project."

The project is planned to start construction in late 2019 before becoming operational in 2020.