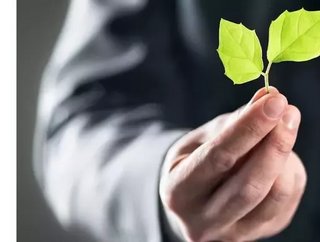 Deloitte explores the impacts of climate change and what decision makers can do to make smart business choices, based on science, to reach net-zero...

Deloitte has released a study looking at how business leaders can incorporate climate change planning into their corporate agenda.

The business community rightly recognises the need to reduce the emission of greenhouse gases, but may struggle to look beyond that to understand what can be done, and how.

According to Deloitte, addressing climate change:

The latest guide titled Climate Change 101 for Business Leaders shows organisations how to address climate change based on factual information, and provides the roadmap from awareness to action.

What is climate change and why is it happening?

Scientists are almost entirely in agreement that human greenhouse gas emissions are the major cause of climate change that has led to global warming.

Since the industrial revolution, the burning of fossil fuels (alongside activities such as deforestation) has resulted in a rapid increase in greenhouse gases in the Earth’s atmosphere. These gasses include carbon dioxide, methane and nitrous oxide, and they trap heat close to the surface, causing global temperatures to rise.

Since the industrial revolution, carbon dioxide (CO2) concentrations have risen by more than 30%. The result has been a global temperature increase of approximately 0.2 degrees Celsius per decade. That equates to a 1 degree Celsius surface temperate rise compared to the pre-industrial period.

How can we mitigate climate change?

Science suggests we need to cut greenhouse gas emissions in half by 2030 (from 2010 levels) and reach a position of net-zero (releasing no more carbon into the atmosphere than is removed) by 2050 to prevent catastrophic global warming.

The Intergovernmental Panel on Climate Change (IPCC), the most authoritative scientific body on the topic, finds that keeping mean surface temperature increases to no more than 1.5 C is critical for avoiding the most devastating impacts of climate change.

Achieving net-zero by 2050 would require a radical transformation of the global economic system, especially our energy, transportation, and agriculture practices.