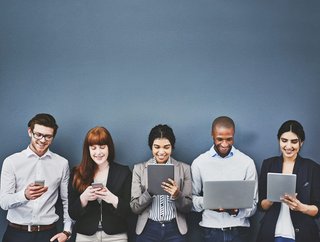 While the latest Tech Jobs Report in the US reveals tech company hiring rebounded in October following a five-month slide, November has seen big tech firms like Twitter, Meta, Intel and Lyft take an axe to their tech workforce.

Tech layoffs are nothing new. Since the end of the pandemic, tech companies have been slashing staff and freezing hiring.

This comes as the tech industry suffers a severe slowdown in recent months, following its spike of success during the pandemic and amid a global economic downturn, rising interest rates, regulatory struggles, and the bite of recession.

The layoffs began early in 2022 with the startups and unicorns, mainly fintech, proptech, ecommerce, and food – a clear indication of the over-hiring activity that took place during the pandemic tech boom.

Among big-name US fintechs trimming their workforce – Better, which slashed half of its workforce (5,000 workers) in April; PayPal, which took an axe to 80+ workers in May; Bolt, which reduced its workforce by 33% (250 employees); and Chime, which let 150+ employees (12%) go this month.

Other big slashes came courtesy of crypto startup Coinbase, which reduced its headcount by 1,100; Netflix, which has laid off nearly 500 staff since the start of the year; Snap, which let go of more than 1,200 people in a mass layoff in September; Robinhood, which cut nearly a quarter of its staff in August following cutting 9% of its workforce just months earlier.

In fact, as of late October 2022, more than 52,000 workers in the US tech sector have been laid off, according to Crunchbase.

But while layoffs have been rising throughout the year, tech industry employment data is painting a slightly sunnier picture.

According to the recently released Tech Jobs Report from non-profit CompTIA, which analyses the US Bureau of Labor Statistics in the month of October, tech industry companies are maintaining a steady pace of hiring.

Following a five-month slide, employer job postings for new tech hiring rebounded in October, with nearly 317,000 openings, an increase of more than 10,000 from September.

This marked the 23rd straight month of job growth, with tech companies adding 20,700 workers during October.

That said, across the entire economy (not just tech), tech occupation jobs declined by 116,000 – data that is “roughly in line with expectations”, says CompTIA Chief Research Officer Tim Herbert. And tech unemployment ticked up slightly to 2.2%.

“Tech hiring activity remains steady, but there are undoubtedly concerns of a slowing economy.”

Those slowing economy concerns certainly came to fruition in the first 10 days of November, which has seen a further surge of tech company employee cuts – and this time, straight from Silicon Valley.

According to Herbert, the cuts are related to the broader macroeconomic climate, which has taken a turn for the worse as the US Federal Reserve hikes rates to fight inflation, slowing the economy with “some corresponding degree of slowing in the labour market inevitable”.

Some of those big tech companies who had earlier in the year announced a pause in hiring – think Google, Microsoft, Meta, Apple, Twitter, Meta, Amazon – are now realising that amid current economic headwinds and geopolitical difficulties (not to mention over-hiring during the boom of the pandemic) they need to make cuts.

As Meta CEO Mark Zuckerberg pointed out on a call with employees back in June, prior to making any announcement on job cuts – “realistically, there are probably a bunch of people at the company who shouldn’t be here.”

He knew what was coming. And now it’s here. On Tuesday (November 8), Zuckerberg confirmed to executives that the company will begin laying off 11,000 employees this week – citing over-optimism about growth leading to overstaffing.

The Facebook parent could lay off thousands of workers, marking the first major headcount reductions in the company’s nearly two-decade-long history. This comes as Meta reports a series of disappointing earnings reports, with its reported profits halved during the third quarter and investors wiping US$80bn from its market value.

Stripe also laid off 14% of its workforce, and Microsoft recently laid off around 1,000 employees across several divisions, according to Axios, marking the third round of layoffs at the firm in four months. The company said it is slashing its workforce around the globe in order to set business priorities and “make structural adjustments”.

These big tech layoffs foreshadow more tech downsizings to come. Ride-sharing service Lyft has said it is set to lay off 13% of its workforce (683 workers); while the world’s largest chipmaker, Intel, is planning to lay off thousands of employees as part of its fourth-quarter plan to cut down operating costs, with long-term plans to reduce its workforce by around 20% in the next year.