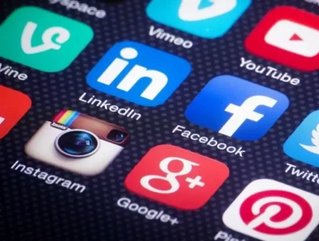 One of the biggest appeals of using social media to promote business and products is that it’s largely free. Unless you want all of the bells and whistles (Special access to elite members! Commercial-free music! Reach 1,000 people for $1,000!), a business owner can do a pretty decent job of marketing his or her business for a very low cost.

And although social media platforms will largely remain free to join, business owners are now getting more opportunities to advertise and promote their company—as long as they are will to pay for it. Facebook has been in the pay-for-more-reach game for a few years. Twitter and Instagram have joined the fray, and Pinterest seems to be right behind.  But the question remains: is it worth it?

There’s no definitive answer, of course. What works for one business won’t necessarily work for another. With Twitter, several Australian startups and small businesses have begun to advertise on Twitter. In an interview with StartupSmart, founder of Enabled Employment Jessica May shared the benefits her company has enjoyed from Ads on Twitter.

“We’ve had a 2% click-through rate which is pretty good – much higher than ad words,” she said. “And we’ve had 1000 people click through in the last two weeks.”

May is attempting to replicate the following and engagement her company has on Facebook, which has more than 3,000 likes. Her advice? If a business owner is considering to jump in with advertising through Twitter, do it. Its price point is far lower than Google AdWords, meaning if it doesn’t work out, less money was lost in the effort.

Other ventures haven’t quite impressed. The founder of wine recognition app Vinus, Alex Martell, doesn’t believe Twitter advertising should be the only way a company chooses to market.

“So far we’ve seen low, single digit click-throughs,” he told SmartCompany. “The jury is still out on where those will stabilise. But I do expect that the law of diminishing click-throughs will definitely apply to Twitter as it does any other platform.”

Facebook has seen a lot of success from its advertising. It’s advertising revenue has grown by 64 percent in the third financial quarter— the growth totaling $A3.2 billion—with mobile ads making up a large chunk of the boost. With success on its mobile platform, Facebook has a sustainable stream of revenue for as long as smartphones are relevant (the forseeable future).

Instagram too has launched its ad services, with big name brands like Flight Centre, Ben & Jerry's, Tourism Queensland, Vegemite, Lenovo, Toyota, Audi, McDonald’s and Philadelphia Cream Cheese rolling out ads via the social media platform in the coming months. Instagram seems to be an app made for bigger companies, so startups and small businesses might want to stay away while the water is tested.