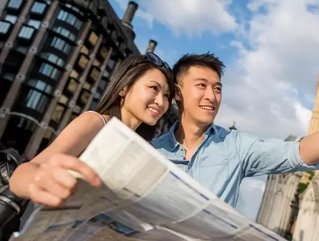 Last week China celebrated its National Day Golden Week holiday, and figures have indicated the huge impact of the spending of 1.4bn Chinese people on tourism and entertainment.

London gets a boost due to weak pound

London’s Hippodrome Casino told CNBC that the capital was readying itself for up to 300,000 Chinese visitors throughout the week, and indeed international spending in London was on the rise as Chinese holidaymakers took advantage of a weak sterling, still down 12% from the UK’s EU referendum in June 2016.

This would be an increase on the 54,000 Chinese tourists who visited the capital during the first quarter of 2017, which was already a 27% rise from the previous year’s figures.

The holiday is one of the biggest events in the consumer calendar, with Chinese workers being awarded three days’ paid leave, and weekends being rearranged so that an entire week is free for the holiday.

Visit Britain, the UK tourist board, stated flight bookings from China to the UK for September-November 2017 had risen 20% from the previous year.

Meanwhile, the China National Tourism Administration said that 705mn domestic trips were made during the holiday, marking an 11.9% increase on last year. Over the eight-day holiday, $87.69bn was spent, an increase of 13.9% on last year.

Travellers are said to have made about 105mn train trips from the beginning of the holiday period on 28th September, with 40% of these reportedly on high speed trains according to the state.

An estimated 14mn people were expected to travel by rail on Sunday alone, making their way back to work for the end of the holiday, and in anticipation 920 extra trains were put into service across China Railway.

In-depth site seeing was said to be more popular than retail therapy this year.

As a result of the holiday, the Shanghai Industry and Commerce Administration reported it had received over 13,000 complaints related to tourism, a 14% increase from last year. These mainly centred on catering, hotels and tour services.

The tourism administration also stated that the number of outbound tourists remained fairly constant with last year, as about 6mn people left China for the holiday.

The number of visitors to South Korea decreased 70% this year, according to Bloomberg, and as such the country lost its previous number 1 spot on the list of Chinese tourist destinations.

1/5 of tourists are said to have visited Bangkok, Phuket and Chiang Mai in Thailand, with Japan and Singapore following as the most popular countries.