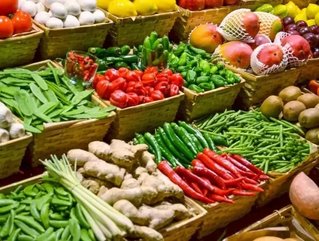 Online retail giant JD.com Inc has opened the first in a chain of high-tech supermarkets in Beijing as it competed with Alibaba’s recent foray into offline retail.

The new chain, 7Fresh, hopes to reach new customers as well as collecting useful data by connecting its online and offline offerings.

The new stores allow shoppers to use a mobile app in conjunction with their offline retail experience, as well as digital payments.

Shoppers will be able to see details of items they pick up displayed on a screen, and be followed around by “robot” shopping carts. The stores are currently in Yizhuang but are expected to roll out further soon.

It is hoped the chain will appeal to China’s increasingly affluent middle class, by offering an instore restaurant and imported fresh produce.

Alibaba’s Hema stores offer some similar services including app use and a restaurant.

JD is Wal-Mart Stores Inc’s partner in China, and has also this week opened its first chain of “unmanned” convenience stores in Shangdong. These bear resemblance to Auchan Minute stores, launched in November this year shortly before Alibaba invested in the French retailer.

However, 7Fresh focuses more on the retail experience, and the first outlet has already enjoyed 10,000 transactions within its first two days according to CEO Richard Liu.

Wang Xiaosong, 7Fresh Chief Exec, has stated: “JD is uniquely positioned to bring this premium-quality offline shopping experience to Chinese consumers because of our supply chain technology and scale as the country’s largest retailer.”