How Effective Is Your Social Media Strategy? Part 3 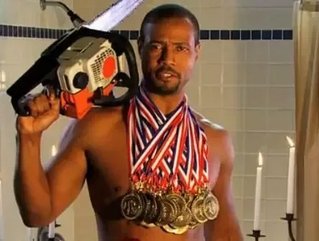 This article is the final part of a three part series. Click to read part 1 and part 2.

Subtle engagement is the key to capitalizing on these mediums. “Social media can deliver tangible outcomes such as increased sales, spikes in web traffic, enhanced search engine rankings and more. But those benefits only come from an engaged audience. Thus, each business must find a way to be engaging,” says James Duthie.

“In short, the key is to remember that you are dealing directly with people. People need a reason to engage with corporations. In most cases, it won’t happen naturally. If that reason doesn’t exist, the social media program is likely to fail,” he explains.

The most successful businesses have used social media to sell under the radar. Tomer Garzberg believes that direct selling is often a reason for your online presence to be attacked because most social media users want to keep it just that—social. So to stay relevant, keep it light and friendly.

OLD SPICE GETS IT RIGHT

Both Garzberg and Duthie believe that Old Spice is one company that has mastered the art of tapping into a new group of consumers without spending millions of dollars.

In July 2010, the male grooming product brand launched the fastest growing online viral video campaign ever, garnering 6.7 million views after 24 hours, when its TV commercial star replied to online comments and questions via personalized videos on YouTube. The three-day campaign increased Old Spice sales by 107 percent the month after it ran.

“Old Spice, which has for a long time been considered ‘uncool’ by Gen-Y and Gen-I, transformed itself into a cult hit with its viral clip, ‘The Man Your Man Could Smell Like.’ In conjunction with this short clip, the strategy involved engaging and responding to social media’s largest influencers and became a hit, with almost 19 million views and counting,” Garzberg says.

Though Old Spice got it right, it may take months before social media buzz can occur. However, being flexible, using the right channels, practicing engagement and a bit of creativity will increase your presence in the social media world.