Ford to roll out new models in China by 2022 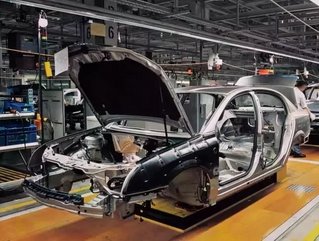 Ford Motor Group’s premium brand, Lincoln, is set to launch up to five new locally-made vehicles in China by 2022.

It is hoped that the move will help to increase sales of Ford’s more luxury range in the country as well as tempering the potentially harmful impacts of a Sino-US trade dispute.

At present, all the company’s Lincoln branded vehicles are brought in from the US, facing the 25% tariff China imposes on automobile imports.

Last year, according to CNBC, Ford shipped over 80,000 vehicles from North America to China, and more than half of these were part of the Lincoln range. Around 54,124 Lincoln vehicles were sold in China last year.

The vehicles compete with other premium brands like Cadillac, which at the moment are more successful, but if Ford can produce locally this could help the company become more competitive.

The company plans to build an all-new SUV in China by the end of 2019 but for the next 18-24 months it will continue to solely import. Reuters has been told that a new Lincoln Aviator will be produced in China in late 2019 or early 2020. Other models set to be locally produced will be the MKC compact crossover and MKX midsize sedan, followed by the new Nautilus.

Lincoln first launched in China, which is the world’s biggest car market, in 2014.