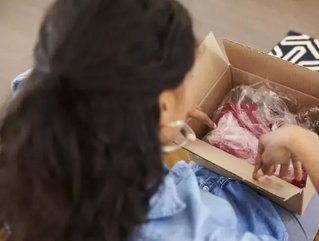 The retailer is based in Beijing and sells fashion items as well as household appliances and electronics. It saw its shares on the New York Stock Exchange immediately rise by 25% when the news was released.

All Bitcoin transactions on the site will be processed through BitPay, a US-based start-up backed by Li Ka-Shing, Hong Kong billionaire and chairman of CK Hutchison Holdings.

Alibaba and Ford partner up for new retail opportunities in China

Alan Gou, Chairman of LightInTheBox, and also a founder of Google China, told the South China Morning Post: “I’m glad to introduce Bitcoin as a new payment channel to our customers. We think blockchain could potentially be an important technology for us.”

The cryptocurrency is now accepted on the company’s platforms, LightInTheBox.com and MiniInTheBox.com, as of January 5th.

LightInTheBox Holdings Co Ltd delivers its products to consumers across 200 locations and has websites available in over 26 languages.

It was founded in 2007 and began trading on the New York Stock Exchange in 2013. The company utilised social and marketing platforms such as Google and Facebook to reach its potential customer base, and has partnerships with courier services such as UPS, DHL and FedEx.