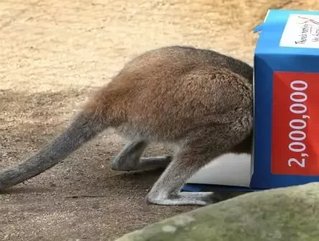 In January, Tourism Australia hit a major landmark when they secured two million worldwide fans on its ‘See Australia’ Facebook page. This boosted the page to claim two titles: the largest Australian page on the social media site, and the most popular destination page in the world.

“With almost three times as many fans as our nearest rival, Las Vegas, we can effectively demonstrate our country’s continuing appeal to both Australians and people overseas,” said Andrew McEvoy, Tourism Australia’s Managing Director, in a press statement released soon after the milestone was hit.

The Facebook page, first launched in May 2008, quickly garnered fans as photos of Australia’s native animals attracted ‘likes,’ comments and shares, according to Tourism Australia. In 2011 alone, the page’s fan base grew by 855,000 new members.

The big moment came, however, when Project:12 was posted on the page: a short video created by editing together fans’ iPhone recordings of themselves celebrating NYE in Sydney this past 1 January. Within three days, the number of Facebook fans shot up by 85,000, breaking the two million mark.

“To achieve two million fans is remarkable, and hasn't happened by accident,” said McEvoy. “Through Facebook we get real stories about what people are currently thinking about Australia which influences our marketing and makes the platform a primary interaction point with our global advocates.”

Recognising the branding power of the social website medium, Tourism Australia has big plans to harness this power and apply it to its holiday marketing strategies.

"To be relevant, Tourism Australia has to provide compelling content and to deliver impact we have to use the channels where consumers are researching and booking their holidays – and today, that's online,” McEvoy acknowledged.

Before 2013, Tourism Australia hopes to garner at least three million Facebook ‘likes’ from its growing fan base. According to Nick Baker, Executive General Manager of Consumer Marketing for Tourism Australia, more than 20,000 photos have been tagged with the #SeeAustralia Twitter hashtag, which in turn have been shared and ‘liked’ on the Facebook page.  “We will continue to strive to deliver content that will encourage our 2.1-plus million fans to share with their network of 250-plus million friend connections,” said Baker. “Tourism Australia will continue to look at new ways and platforms to encourage the sharing of travel photos and experiences to perpetuate positive advocacy about travel to and throughout Australia.”

In addition to these well-known social media outlets, Tourism Australia will explore other ways to reach out to potential travellers.

“We are continuing to develop our presence on Instagram, where we currently have 3,200-plus followers,” said Baker. “We will also look to grow Tourism Australia’s presence on social platforms in international markets, such as Sina Weibo and QQ in China.”