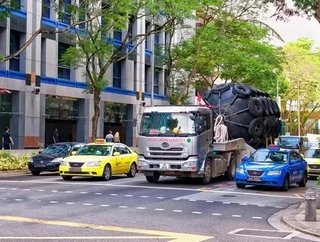 AIG On the Go scores a driver’s performance every time they get behind the wheel, using telematics to measure driving performance against a range of factors including acceleration, braking, cornering and speed.  The app provides a score for each completed journey, as well as useful driving tips.

From now until 30 June 2017, the driver with the highest score will be crowned AIG Singapore’s “Best Driver in Singapore” and win prizes worth S$10,000, including free fuel for one year valued at S$5,000, car spa vouchers worth S$2,000 and a customised S$3,000 AIG Singapore CashCard.

The app also enables motorists to influence their own AIG Singapore car insurance premiums by improving their driving behaviour. Safe drivers with high scores – regardless of whether they are new or existing customers with AIG Singapore – will be rewarded with discounts of up to 15 per cent off their annual AIG Singapore car insurance premiums. The safer the driver, the bigger the savings, so the app encourages drivers to stay safe on the roads and save on their premiums at the same time.

AIG Singapore’s Head of Auto Insurance, Manik Bucha, said the insurer is proud to launch AIG On the Go to empower Singapore drivers to become better and safer drivers. “This is part of our commitment to create safer communities in Singapore, where more than half of drivers admit to being unsafe on the roads, according to an AIG Singapore survey conducted in 2015.

“While the conditions on the roads have generally improved based on the latest Traffic Police’s data, we also saw some areas that could be improved. For example, injury accidents rose from 8,058 cases in 2015 to 8,277 incidents last year. This increase of 2.7 per cent reflects a continued upward trend over the last four years.

“We hope that by incentivising drivers to cultivate good road safety habits with dollar savings, we can help to reduce traffic incidents and build a larger community of safer road users,” Mr Bucha said.

In an effort to challenge driving stereotypes, participants can also enter the “Men vs Women – Who are the Safer Drivers?” team contest. Running from now to 30 April 2017, the competition pits male and female drivers against one another, and will end the debate once and for all about which gender are better drivers in Singapore.

Other features of the AIG On the Go application include roadside assistance, directions to workshops and a parental control function – all tools to help keep drivers safe.

With AIG Singapore’s survey in 2015 showing that younger drivers are more likely to exhibit reckless behaviour on the road compared to older drivers, the app includes a parental control feature that is designed to enable parents to track their children’s driving behaviour.

“Our survey showed that almost 70 per cent of Singapore drivers would consider installing a telematics device in return for lower car insurance premiums, and more than half of drivers believe telematics would change their driving habits for the better. We believe our new app will result in positive, long-term changes in road safety,” Mr Bucha added.

Globally, AIG is part of Together for Safer Roads, the first-ever global coalition of private sector companies that uses its members’ data, technology and networks to promote safer roads and vehicles.