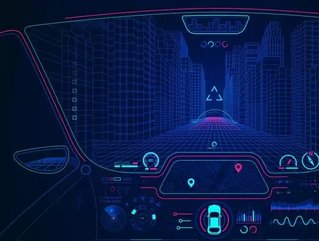 We’re used to having phones at our fingertips, but it goes without saying that navigating a phone’s labyrinthine interface while driving is dangerous. The legality of interacting with a phone in this manner differs between jurisdictions, but what is a constant is the distraction engendered by devices that demand your intention.

Enter Drivemode, an app which has just been acquired by Honda’s research and development arm, Honda R&D, who have acquired all of Drivemode’s shares for an undisclosed fee, making the company a wholly-owned subsidiary.

Drivemode offers its flagship product in the form of the Drivemode app for Android. It’s intended to simplify the process of interacting with phones while driving, via a streamlined interface, large buttons and voice commands. Drivemode integrates with the kinds of apps frequently used by drivers, such as navigation, music and messaging apps, allowing for easier access while driving.

"Since Drivemode began working with Honda in 2015, our entire company has been inspired and impressed by the entrepreneurial spirit driving Honda's engineering and product development. Guided by our shared culture of innovation and transformation, we are proud to join Honda as their first startup acquisition," said Yo Koga, CEO of Drivemode. "With the support of Honda, the Drivemode team can have a lasting impact on actual vehicles and drivers around the world at scale. Our focus has always been on providing safe, meaningful software solutions for drivers, and with Honda's hardware capabilities, we can continue innovating on mobile-based technology for connected cars and motorcycles."

Ties between the two companies have been in effect since 2015, with Drivemode participating in the Honda Xcelerator program for startup innovations. Honda situated the acquisition as part of its new focus on utilising digital technologies via its Digital Solution Center.

“As a step toward the realization of value creation for mobility and enhancing people’s daily lives, which is an integral part of Honda’s 2030 Vision, we decided to further enhance our collaborative relationship with Drivemode,” said Toshihiro Mibe, President and Representative Director of Honda R&D. “We are confident that new value creation will become possible when Drivemode’s outstanding human resources, innovative software technologies and extensive experience as a venture company are combined with Honda’s product development technology and capability. We will strive to offer connected services which will please our customers while leveraging our respective strengths.