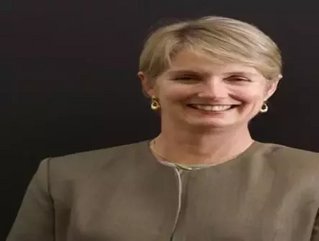 MM: What trends are you tracking in the Australian venture capital industry at the moment? Are they fleeting, or can we expect to see them for awhile?

KW: Since FY 2007, venture capital (VC) fundraising has seen consecutive y-o-y declines in FY2008, FY2009 and FY2010. VC funds in FY2010 raised $168m – a large portion of this amount was raised as part of the Innovation Investment Fund (IIF) and the Innovation Investment Follow-on Fund (IIFF) rounds. Fund raising in this sector is getting increasingly difficult. The global financial crisis is partly to blame as it is more difficult now to sell assets, and assess fund performance based on market value for the purposes of raising a subsequent fund. Additionally, the growing Australian superannuation sector (the biggest investor in VC) is retracting from the VC sector partly due to their increasing inability to write smaller cheques.

VC investment based on the number of transactions has seen steady growth over the last three financial years, however, investment figures based on equity dollar value and number of companies has been relatively stable.

It can be inferred from the above data that VC funds are investing more in their existing portfolio companies in hopes to maintain them at a going concern status before an eventual exit rather than investing in new investments. The trend observed in FY2009, FY2010 saw 65% of total VC investments in the form of follow-on funding. The average VC investment tranche continued its decline from FY2008 when it was $1.8 million, to just under $1 million in FY2010.

MM: What are the greatest challenges that venture capital firms face in 2011?

KW: Venture Capital is a very specialised and high risk sector. VC investments are long-term in nature with only a modest amount of collateral involved. Successful Venture Capital investments have had immense follow-on effects over the long-term such as job creation, tax revenue, and the other broader economic effects. One of the greatest challenges facing the Australian Venture Capital sector is the shortage of capital. Over the past decade, VC funds have raised capital from superannuation funds, endowments, and the Government.

However, going forward, superannuation funds are reducing their allocation to VC and the Government funds that invest in VC funds are on their last leg. Funding concerns have been further exacerbated by the withdrawal of the government’s ‘Commercial Ready’ innovation grant funding programme at the end of FY08, which provided an important source of funds to the industry. With increasing budgetary constraints in both the private and public sector, Australian Venture Capital funds are going to find it difficult to raise capital in the coming years.

MM: How can start-up companies be assured they are choosing the right investor?

MM: What are some of the greatest success stories in Australian venture capital?

KW: Some of the most high-profile Australian Venture Capital-backed success stories have been Resmed, Cochlear, SEEK, Look Smart, Pharmaxis, Peplin, and Gekko Systems.

Looking forward, we anticipate that the healthcare and life sciences, and energy and environment sectors are likely to be key areas of focus among VC investors.