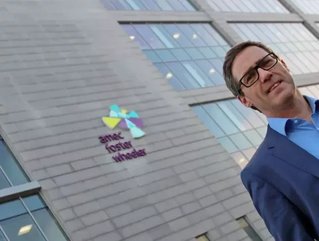 WorleyParsons announced this morning it's buying all of maintenance, modifications and operations (MMO) provider AFW UK Oil & Gas, which will boost the Australian company's earnings per share and cut its own net debt.

To fund its British acquisition, the Australian company will issue new shares as part of a A$322mn capital raising (through a 1-for-10 entitlement offer and existing debt facilities).

WorleyParsons said the acquisition would provide it with a "robust entry" into the UK North Sea market and accelerate the company's strategy to become a global provider of maintenance and operational services.

“AFW UK is a world-class integrated solutions business with best-in-class MMO capabilities and an excellent track record of international expansion.”

It is understood that, while there will be some rationalisation at the outset, the 3,000-plus people on payroll are thought to be secure.

The acquisition is expected to be completed by the end of October 2017.

The deal has also paved the way for the British engineering and services company to complete its £2.2bn takeover by John Wood Group PLC.

In total, 294.5mn shares in John Wood will be issued, bringing the group total shares issued overall to 677.7mn shares.

Aberdeen-based John Wood Group announced in September the deal had cleared the last of its regulatory hurdles, including an agreement with the UK Competition and Markets Authority to offload most of Amec's UK upstream business to address competition concerns.