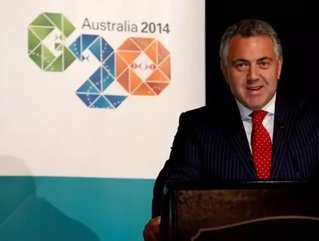 Amidst the situation in the Ukraine and the recent tragedy involving flight MH17, several questions have been raised about whether President Putin should attend (or be permitted to attend) the G20 conference that will be held in Brisbane in November.

The common feeling among the people of Australia is that he should not be invited to the Brisbane summit. Of course, a meeting with the biggest players in the global economy is rarely that straightforward.

The G20 Summit is an informal forum. Although a host nation is selected every year and tasked to run the event, there are no official rules on membership – nor are there rules regarding the revoking of a membership. Decisions of this nature are based on consensus and currently, not all countries agree that Russia should get the boot.

There are a couple of different ways this situation could go before the summit takes place. The preferred outcome on all fronts includes Russia cooperating by allowing and not hampering the investigation of the MH17 crash, and by resolving the situation in the Ukraine. If Russia’s attitude continues and intensifies, and all other G20 members are in agreement, the G20 contingency can choose to un-invite Putin from their talks.

If this were to occur, the G20 event would be changed forever. Historically, the G20 summit is purely an economic forum. By potentially choosing to exclude a nation and its leader based on its political agendas and actions, another element would be added to the conference.

If Australia remains hostile towards Russia, Putin could make the choice not to come. Further, if Australia does not let him attend the event, other countries could choose to boycott on Russia’s behalf. The next few months before the event will be difficult to navigate, but it would be within Australia’s best interest as the host country to listen to the G20 as a whole, and continue to make decisions together.

Information sourced from The Business Spectator.