Tourism from China and India to Australia surges 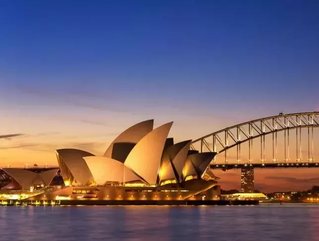 Tourism to Australia from China and India reached record levels last year according to the Australian Bureau of Statistics.

Around 1.4mn visitors from mainland China visited the country last year which marked a 13% increase, while a smaller 302,900 from India still showed a 15% rise year on year.

This rise is partially due to both nations experiencing a growing middle-class with increased disposable income to spend on travel, in particular air travel and holidays.

In addition, the Australian dollar’s decline in value since a 2011 peak has meant more tourists are choosing Australia, which is now improving its tourism infrastructure to cope with demand according to Bloomberg.

Are Nissan’s self-driving slippers a sign of the times for tourism in Japan?

Chinese tourism in total is at a high with around $161bn per year being spend on travel from China. According to the China Outbound Research Institute, over 150mn mainland Chinese travellers went overseas last year, though 68mn were to Hong Kong and Taiwan, but this is expected to grow to 200mn annually over the next five years.

In comparison, just 68mn tourists travel from the US each year.

Chinese visits to Tasmania in particular surged by 40% last year, with more demand for direct flghts between the two regions.

In January, Sydney airport announced it has seen a 17.3% increase in Chinese passengers during 2017. This was part of an overall rise of 3.6% in passenger numbers from the previous year, with international passenger numbers increasing by 7.2%.

In addition, passenger number from India saw a 16% rise at the airport.

Sydney Airport CEO Geoff Culbert stated “Sydney Airport now serves 17 mainland Chinese cities which represent almost 90% of all travel on the China-Sydney route, we see the next wave of Chinese growth underpinned by increasing competing, frequency and up gauges.”