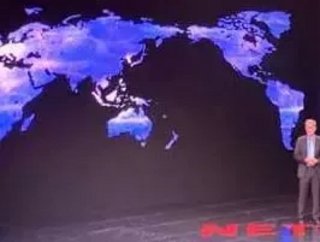 With the aim of boosting its presence in the global streaming service market, US media giant Netflix has established two production facilities in South Korea.

These production studios come hot on the heels of the content platform’s recent set-up of Netflix Entertainment Korea, in September 2020, a company dedicated to fostering and financing up-and-coming Korean-language content.

According to a recent statement made by Netflix, there is increasing demand for Korean content members worldwide eager for more original Korean series and films, and these latest investments in Korea are designed to feed this demand.

While Netflix launched its Korean service in 2015, and its investment in Korean content reached US$700 million between 2015 and 2020, the company’s recent Korea-focused activities, including the new company set-up and production studios, demonstrate a stronger commitment by the entertainment giant to go global with popular Korean content.

“Netflix is thrilled to deepen its investment in Korea, as well as Korean Films and Series,” Netflix VP Studio Operations Amy Reinhard said in a statement. “With these new studios, Netflix is better positioned than ever to increase our production of great stories from Korea while also providing a wealth of production-related jobs for talented professionals in Korea’s creative community.”

Located just outside of Seoul, in Paju-si and Yeoncheon-gun, respectively, the production studios include YCDSMC – Studio 139, set to lease six stages and supporting spaces of approximately 9000sqm, and Samsung Studio, which boasts three stages of around 7000sqm.

According to Reinhard, these studios will “support the production of upcoming Netflix Korean Original Series and Films including the Korean adaptation of La Casa de Papel” as well as other Korean-made stories currently in production or development.

To further boost its footprint in the Korean content world, Netflix will also introduce to the world the best creatives made by Korea’s leading entertainment companies via its multi-year content partnership with CJ ENM/Studio Dragon and JTBC.