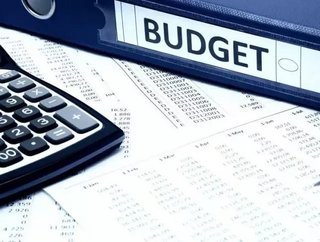 Moody's Investors Service has said that Australia's four major banks are facing a moderate weakening in asset quality and a slowdown in earnings growth for the rest of the year.

"The expected pressure on asset quality -- which currently appears moderate -- will derive from multiple headwinds, including potential further stress in resources-related sectors and regions, a worsening outlook for residential property developments, and continued stress in the New Zealand dairy sector."

"While the weakened outlook for corporate asset quality could put pressure on the major banks' credit profiles, particularly in the context of their very high ratings, we nevertheless expect the banks to remain strongly creditworthy on an absolute and through-the-cycle basis", he concludes.

The four major banks' domestic retail franchises continue to exhibit exceptionally strong profitability and their residential mortgage portfolios are supported by the lowest interest rates on record. In addition, their balance sheets are solid, showing improved capital and liquidity buffers.

Moody's noted that the major banks reported higher loan impairments during 1H 2016, averaging 0.19 percent of gross loans, up from 0.16 percent in 2H 2015. CBA has also reported that its loan impairment rose to 0.25 percent during its 3Q 2016 reporting period. These results suggest that further deterioration, closer towards the long-run average of 0.35-0.40 percent, is likely.

Moody's also expects profitability to come under moderate pressure, due to additional provisioning and the negative impact on margins of a prolonged period of low interest rates. On the other hand, capital levels are likely to remain stable or improve moderately, as the banks prepare for further regulatory reform.

They have also improved their liquidity buffers, with the Liquidity Coverage Ratio (LCR) rising to 126 percent for ANZ, 130 percent for CBA, 125 percent for NAB, and 127 percent for Westpac. In each case, an increase over the previously recorded LCR has occurred. The most recent levels are also somewhat above Moody's long-term expectations.