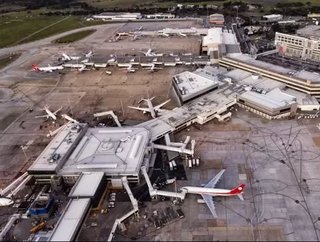 Well on target to become Australia’s most populous city by 2030, Melbourne could have a brand new airport in operation by as early as 2020.

Private investor Paragon Premier Investment Fund will be presenting a $7bn plan to Victoria’s government in the coming days, a plan which comprises two runways and an annual passenger capacity of 2.8 million. If all goes smoothly, cargo could be handled by 2020, with the option to build another two runways also on the table.

The project already has financial backing, and will be positioned Koo Wee Rup and Lang Lang to serve Melbourne’s growing south-eastern suburb districts. Although not disclosed by name, the funding is coming from a private financier based in Europe and the Middle East.

This news comes to light as Melbourne Airport celebrates 20 years since being privatised. In a statement marking the occasion, CEO Lyell Stambi said: “Melbourne is on track to be Australia’s biggest city – by some estimates as soon as 2029. With the division of growth over two airports in Sydney, it makes sense that Melbourne Airport will have to be Australia’s biggest airport as well.

“Since 1997 Melbourne’s population has grown by 40 per cent, from 3.3 million to 4.6 million. Over that same period, passenger volumes through Melbourne Airport have more than doubled, from just under 14 million in 1997 to more than 35 million passengers in the past 12 months. International travel has blossomed – in 1997 one passenger in every seven was travelling internationally, today that number is almost one in three.

“Along the way we’ve developed the airport asset to accommodate each new wave of growth. Privatisation of Australia’s major airports unlocked the investment that was essential to meeting the challenges brought by dramatic changes in global aviation. The traveller experience and operating efficiency has improved enormously and airports have played a major part in the travel boom.

“Today, the airport plays a major role in the Victorian economy, as each daily international service injects between $100 million and $150 million into Victoria per year.”