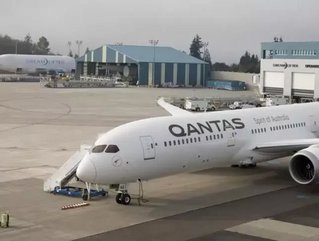 Qantas has been named the best Australian airline for customer satisfaction for a 10th straight month.

Tigerair and Jetstar ranked the lowest in the domestic category with respective ratings of 61.4% and 64.1%.

Qantas also leads the way for domestic business travellers with a customer satisfaction rating of 85.2%, ahead of Virgin Australia on 81.5% and well ahead of Jetstar on 65.5%.

Michele Levine, CEO of Roy Morgan, said: “Another positive for Qantas is Australia’s huge market for domestic travel. Over 11.6mn Australians now say they’d like to spend a holiday in Australia in the next two years.

“Victoria is Australia’s leading destination State with nearly 3.8mn Australians nominating the State as a travel destination ahead of larger neighbour New South Wales on just over 3.6mn.”

Qantas recorded a major milestone earlier this year by successfully landing the first non-stop Australia to Europe flight, which took around 17 hours to fly from Perth to London.

This marks a crucial milestone in the carrier’s plans to become a go-to for ultra-long haul flights, one which CEO Alan Joyce hails as a game changing moment.