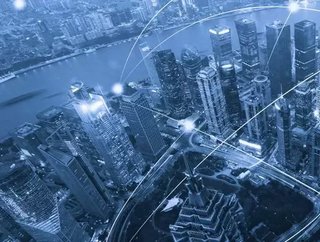 While investment in fintech companies across Asia Pacific reached a six-year low in 2020, the insurtech sector picked up momentum especially in China...

While global fintech funding in 2020 came in at the third highest on record (US$105 billion), though this was a drop from US$165 billion in 2019, fintech funding in Asia Pacific took a significant dip, reaching a six-year low last year.

According to KPMG’s Pulse of Fintech H2'20 report, in 2020, fintech companies in Asia Pacific attracted US$11.6 billion across 565 deals from venture capital, private equity and M&A, compared to US$16.8 billion in 2019. This six-year low in regional fintech investment was a direct result of the pandemic, which saw a decline in investment into emerging markets like Southeast Asia, particularly in the second half of the year.

In China specifically, total fintech investment was soft, at US$1.6 billion, and marked a significant decline from US$4.8 billion in 2019, reflecting the maturity of China's fintech sector, and especially in the payments space which is dominated by a small number of tech giants.

After Indonesian ride-hailing startup Gojek raised an incredible US$3 billion in the first quarter of 2020, increasing uncertainty caused by the pandemic drove a large amount of investment away from emerging markets like Southeast Asia, particularly in the second half of the year.

Despite this, it was the payments space that showed the most regional resilience, states KPMG. After the global pandemic brought many deals to a halt in the first half of 2020, the second half then reversed the trend as investors and fintechs learned to do business in a new environment.

In fact, the second half saw some significant funds raised across APAC, including Australia-based eNett which was acquired by US-based WEX for US$577 million; Australia-based Judo Bank which raised US$209 million; South Korea-based Toss which secured US$177 million (think South Korea's first US$1 billion fintech unicorn), and India-based Razorpay which managed to raise US$100 million.

According to KPMG China’s Partner and Fintech Leader, Andrew Huang, China is seeing growth in a number of emerging fintech sectors, including blockchain, regtech and wealth management. One big change seen in 2020 is the “focus of these fintechs, with many now focusing their efforts on empowering traditional financial institutions rather than providing direct to consumer products”.

Insurtech continued to gain traction among investors in China. In the second half of 2020, Shuidi, a crowdfunding platform which focuses on medical expenses, raised two rounds of funding totalling US$380 million.

Digital transformation of the insurance industry in China is being driven by the PRC government, insurance companies and technology companies alike. As a result, insurance service providers are likely to see structural reform continue, with more emphasis placed on innovative ways to prevent risks.

Insurtech is evolving at a pace across the rest of Asia Pacific too. Thai-based insurtech SaSS startup, AppMan, which is helping digitise the insurance sector in APAC, recently raised US$4.6 million in a Series A funding round from investors bringing the total capital raised by the startup since its launch in 2011 to US$5 million. The latest round of fundraising is set to be used to drive expansion across Asia Pacific, and further development of AppMan's technology suite, including the use of AI for insights screening to enable improved efficiency.

China expects to see significant IPO activity in 2021/2022, according to KPMG China’s Deal Advisory, Barnaby Robson. Pandemic-era accelerated growth and loose monetary policy has “driven up stock-market valuations for tech companies”, and shareholders of privately owned fintech groups have recognised that there is a window to list at excellent valuations.

Incumbent banks in Mainland China made significant investments internally in 2020 in order to transform their digital capabilities. Several also continued to set up subsidiaries in order to build their capabilities and provide B2B digital banking services to smaller institutions.

In Hong Kong, a majority of the eight digital banks licensed in the city launched services over the course of 2020, while their impact will take time to understand, they have already driven incumbent banks in Hong Kong to up their game in terms of apps, user interface, products and services.

The technology IPO market was also robust in 2020, while unicorn fintechs are increasingly considering IPOs given the recent successes and valuations achieved by unicorn companies.