Great news this week for economy 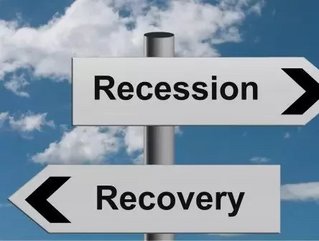 The good economic news continued to pour in at the end of this week, signalling the recovery from the global recession is well underway in Australia. The petrol, retail, food and construction sector have all posted positive statistics over the last year.

Perhaps the biggest news out of this week is the trade surplus hit a 29-month high in January. Many were expecting a smaller surplus, and even Treasurer Joe Hockey has mentioned that planning the budget will be slightly easier with this knowledge. During January, exports increased by 4 percent, and imports rose by 1 percent. Economists were expecting a trade surplus of $100m in January, and were surprised by the seasonally-adjusted $1.43bn. This is the largest surplus recorded since the $2.1 billion surplus recorded in August of 2011.

The mineral and petroleum sector grew by 15 percent over last year, and recorded a record $113.8bn last year. The Reserve Bank’s recent monetary policy must be working, as this isn’t the only industry that is having positive effects.

Retail, a sector that seems to be consistently plagued by bad news, saw a 6.2 percent jump in sales over the past 12 months, and a 1.2 percent boost in January alone. New South Wales incurred the strongest spending growth of any state. Most impressively, this is the fastest rate of annual increase since the end of 2009.

Spending in cafes and restaurants has increased the most, up 11.9 percent over last year. This is usually a good indicator of the economy: if people are willing to splurge on a restaurant, they are probably more willing to pump money into other parts of the economy as well. Along the same lines, there were also increased profits in household goods, clothing, footwear, personal accessories and food retailing.

Ads for jobs increased in January, as did residential construction approvals. Many expect commercial and industrial construction approvals to be up soon as well. Don’t hold your breath quite yet, but it seems like the road to recovery has been set with a solid foundation. Economists will be looking towards future trends to help continue the upswing.