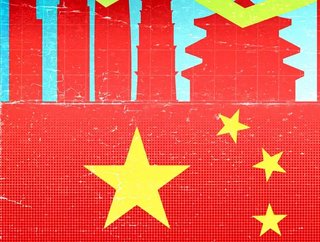 Rewind to July 2020 and shares in the Chinese real estate behemoth Evergrande were sitting pretty at HKD25.80 (even though they had peaked at HKD31.55 in October 2017). In a spectacular fall from grace, those share values have been demolished, with trading halted in Hong Kong on 31 December (and resumed on 4 January) with shares standing at HKD1.59.

So, what is going on here? You could argue it is as simple as two words: ‘common prosperity’. This is the policy that China President Xi Jinping is standing by as he attempts to redress the balance between the country’s billions of poor and a growing elite of rich executives who are, frankly, getting a bit too big for their boots.

Evergrande is more than US$300bn in debt as it has stretched itself to the limits in order to fuel its rapid rise and meet soaring demand for modern real estate in China. However, as has been witnessed in the West in recent decades, such a housing bubble (if this is what it is) can have devastating effects – both home and abroad.

The writing has been on the proverbial wall for some time, but while the Chinese Government has perhaps found it ‘easier’ to slap the wrists of the likes of Ant Group’s outspoken CEO Jack Ma, and cracked down on cryptocurrencies and miners, Evergrande is ingrained in China’s burgeoning, aspirational Middle Class.

Since the Chinese Government first raised concerns about Evergrande, investors have understandably been nervous and funding for new developments and to service existing debts has all-but dried up.

Evergrande has defaulted on payments in the past but keeps rattling off promises to repay suppliers and creditors. The company has US$19bn in international bonds that are in default after missing another recent payment deadline.

A day before trading in shares was suspended, on 30 December, media reports surfaced of Evergrande being ordered to demolish 39 residential buildings on the island of Hainan within 10 days and they were built illegally. That was confirmed by Evergrande on 4 January, when shares also began trading again in Hong Kong.

Things do not look good for Evergrande. Prospective buyers have failed to materialise, and President Xi has made it clear he intends to help Chinese workers and consumers rather than offering bailouts to businessmen. Yet, Xi also has a potential problem on his hands. Evergrande failing spectacularly would have serious implications for the Chinese economy which, in turn, would send shockwaves around the world. That may go some way to explaining some of the silence and secrecy around this latest share suspension as Chinese leaders ponder the best course of action to take against an already fragile global economic picture.

Evergrande’s interests go beyond real estate – extending into electric cars, food and drink, even (ironically) wealth management. It also owns Guangzhou FC – China’s biggest football team. In this instance, it seems billionaire owner Hui Ka Yan has scored something of an own goal in his attempt to put personal wealth ahead of the greater ‘common prosperity’ good.

The tide has turned in China. After decades of unprecedented economic growth and double-digit GDP increases that any capitalist country would be envious of, President Xi seems to be determined to create a better China for all rather than the select few.

The world holds its breath and waits to see how the Evergrande saga will pan out.