Chinese karaoke solutions provider raises $29mn in series B round 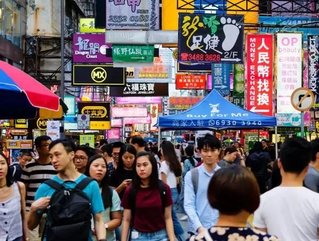 The Beijing-based company, Thunder Stone Technology, has confirmed it has raised RMB200mn ($29mn) in a series B round, China Money Network reports.

Thunder Stone, who specialise in offering karaoke on demand systems and solutions, held the series B round which was fronted by China Minsheng Investment Group and also saw Morningside Venture Capital contribute.

Liu Qiuming, President of China Minsheng Investment Group, said: “With its deep understanding of karaoke, Thunder Stone has maintained a leading position in the field of mini KTV and home KTV through continuous investment in research and development.”

“We have also invested in several online music and audio content such as Tencent Music and Qingting FM. We hope to help Thunder Stone generate more synergies going forward."

After being established in 1996, Thunder Stone has gone on to become the biggest karaoke on demand system and operator in China.

Thunder Stone holds more than half of the high-end KTV equipment market and its systems is utilised in more than 40,000 KTV operators at a number of China’s most recognised brands, including Melody KT, Party World and Windsor.

The firm has confirmed that the funds raised from the round will primarily be used for channel upgrades, product development, C-end product update, cloud ecological construction and music library expansion.