Chinese investments in India thought to be higher than official figures 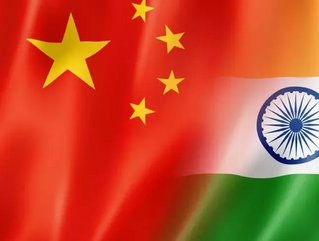 According to official figures, Chinese investment in India only hit $1.6bn by March 2017, despite a 2014 promise by Xi Jingpin to spend over $20bn over five years in the country.

However, a report by CNBC suggests that this total does not tell the full story. Indian sources go so far as to suggest the figure may be five times higher than officially reported since many deals have gone unrecorded in the statistics.

This includes deals from Chinese-owned units outside the mainland, for example in Hong Kong or Macau, which do not count toward official figures. It also leaves out Chinese-owned companies based in other countries like the US or Singapore.

Santosh Pai, a partner at Link Legal, a law firm with offices in India, told CNBC that “Chinese investments have doubled in the last two years. I have no reason to doubt that it will now continue as they have already tasted blood. If you are a Chinese company today with a limitless amount of capital and you look at the whole world and ask ‘where is the big bet you can play?’ the answer is India.”

Due to the history between the two countries however, it is perhaps understandable not all Chinese-Indian investments are widely publicised. Pai explains: “If a Chinese company says, ‘we’ve entered the Indian market,’ they will attract more scrutiny. If Indian companies say ‘we have Chinese investors,’ they may lose some goodwill. It is not a conspiracy to hide these things, but the question is: Who does it benefit to stand on the roof and shout out?”

Since 2011, Link Legal claims to have helped around 150 Chinese investors gain a place in India.

CNBC adds that Chinese investors are heavily involved in India’s start-up scene with deals as small as $1mn. Alibaba has invested $1.2bn and Tencent has invested $650mn in venture capital and private equity deals since 2015, according to Venture Intelligence.