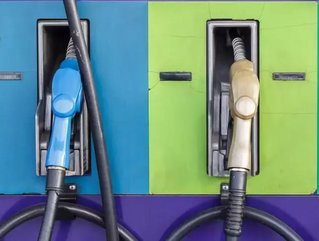 The price of diesel in China has reportedly reached a rare premium due to fears of a shortage as Beijing continues its war on pollution and imposes possible tax charges.

Crude prices have jumped which meant a wholesale increase of 11% in diesel since October, putting the fuel at $1,011 per tonne. This places it at almost a $50 premium to petrol at the moment, according to figures from Longzhong Information Group.

Usually, diesel trades at a lower price than petrol but earlier this month it surpassed petrol in price by the highest amount in two years – around a $75 difference. At the moment, the market is actually well supplied but fear and uncertainty are hiking prices.

China to move to ethanol-based gasoline by 2020

According to Li Yan, spokesperson from Longzhong: “Diesel prices have bene rising madly… almost every day…. Buyers were worried that if they don’t buy today the piece will go up more tomorrow.”

Diesel inventories have been decreasing over the past few years as Beijing’s reforms have favoured petrol, and as the Chinese government has stated that it will ban the sale of diesel and petrol cars in coming years.

From 1st November, high-sulphur diesel fuel used by tractors and trawlers was banned by the government. This came quicker than expected, and therefore some smaller refineries weren’t ready for the change and could not yet produce the low-sulphur alternative diesel.

However refiners in the country are still exporting diesel while the market is at a surplus.

There have also been rumours of a tax hike which have caused fear among buyers. In July, the government was said to be planning to introduce a levy on the “raw white oil” which is used in lubricants and cosmetics, but is also sold as a substitute for diesel.