China and the US sign meat, energy, and biotech deal 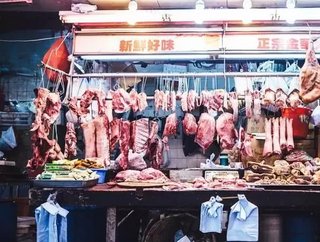 China is set to open its borders to US beef products, while cooked Chinese poultry could be coming to American supermarket shelves. This and much more has been announced under a new US-China trade agreement.

US Government Officials hailed the deal as a strong advance toward boosting home grown exports and closing America’s trade gap but non-affiliated trade experts called the agreement a modest fulfilment of past assurances made by China.

America’s trade deficit for goods and services with China came to as much as $310 billion last year, which is its largest imbalance with any country.

The deal provides US companies with the ability to export liquefied natural gas to China. It will also lower barriers that have long prevented harmonious business from taking place, affecting sectors such as agriculture, biotech, and finance.

The United States is inviting Chinese companies to import US produced liquefied natural gas - the Energy Department has given the go ahead for natural gas shipments of 19.2 billion cubic feet per day to China.

The trade agreement will also reduce import restrictions on agricultural produce and goods, and will end China’s ban on beef imports. In exchange, the US will allow the sale of cooked Chinese poultry.

According to PBS News, the agreement would also streamline evaluating US biotech product applications and would lay the groundwork for allowing American suppliers of electronic payment services to begin the licensing processes in China. Chinese banks would also get increased access to the US market.

Commerce Secretary Wilbur Ross said: “This is more than has been done in the whole history of US-China relations on trade.”

During his Presidential bid, Donald Trump made America’s wide trade deficit with China a major issue. He has consistently stated that these gaps have come at the cost millions of US jobs and has pledged to take a tougher stance in trade negotiations

I recently explored the potential effects of a Trump Presidency on Asian markets – compare my thoughts to what is hitting the headlines.