Australia Among the Wealthiest Countries in the World 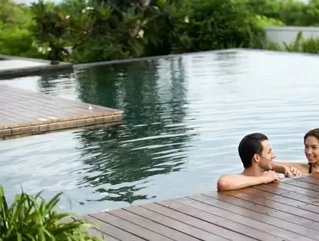 Despite uprisings, overthrows and economic recessions, global wealth increased by 8 per cent in 2010 to a record $121.8 trillion.

According to Boston Consulting Group’s annual Global Wealth report, Australia has 231 “ultra-high-net-worth” (UNHW) households that bring in $100 million annually, ranking it 14th in the world for the number of super wealthy households. The surge of concentrated UNHW households is a direct outcome of the resources boom.

While the US comes in at number one for the number of UNHW households with 2692, Saudi Arabia had the highest concentration of UHNW households, measured per 100,000 households, at 18. China experienced the fastest growth in the number of super-wealthy households, which jumped by more than 30 per cent to 393.

The report also found that wealth grew fastest in Asia-Pacific (excluding Japan), at a 17.1 percent rate. Australian wealth increased by only 5 per cent to $US2.34 trillion, compared to the global average increase of 8 per cent—largely because of superannuation fluctuations. Wealth declined by 0.2 percent in the Japanese market to $16.8 trillion. As recently as 2008, Japan accounted for more than half of all the wealth in Asia-Pacific. In 2010, it accounted for about 44 percent.

Boston Consulting Group  expects global wealth to grow at a compound annual rate of 5.9 per cent from year-end 2010 through 2015—to about $162 trillion—driven by the performance of the capital markets and the growth of GDP in countries around the world. Wealth will grow fastest in emerging markets, such as India and China.