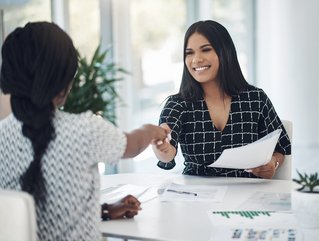 Rising competition for fresh talent is impacting organisations globally as the labour market feels the squeeze, and consultancies are no exception as they hike starting salaries and boost bonuses in bid to hire top talent.

A new annual report from Management Consulted shows that salaries have increased in 13 of the last 14 years but this year salaries being offered have risen more than usual – by an average of US$10,000 across the major consultancies.

The report says the Big Three consulting firms – Bain, McKinsey, and BCG – are now offering higher salaries than the Big Four accounting firms of Deloitte, EY, PwC, and KPMG as the race to hire the best talent intensifies.

The Big Three consulting firms are now offering salaries around the US$100,000 mark with the Big Four accounting firms coming in around US$80,000.

There are also significant differences in these starting salaries depending on location. Management Consulted says while Deloitte offered the best base salary of the Big Four at US$90,000, that figure fell to just £32,500 (US$43,600) for London hires – less than half their US-based colleagues.

However, Deloitte is not the highest or lowest when it comes to London salaries. PwC’s consulting business Strategy& offers UK-based graduates a base salary of £42,000, while KPMG offers £29,150.

Large bonuses are also being used to attract talent during the skills shortage – fuelled by graduates turning to exciting jobs in tech and finance. And despite these soaring salaries, more people are leaving the consulting industry than at any time since the 2008 financial crisis.

Many reasons for this exodus have been suggested, including the long working hours and travel demands. Also, many consultants feel they would like to be more involved with an organisation on a long-term basis and help to implement their ideas and strategies.

In a summary of its report, Management Consulted said that after a one-year ‘blip’, consulting salaries continued to rise, but that the 10% hike showed the effects of tightening labour market and increased demand.

They also said consulting firms have continued to increase the hiring of specialists, experienced hires, and candidates from non-target schools (target schools in the US including the likes of Harvard, Yale, Princeton, Columbia, Penn, Dartmouth, Brown, Cornell).

The figures provided by Management Consulted are for those joining management consulting positions in 2022 recruited straight from an undergraduate, master’s, MBA, or PhD program or those hired at the same level.