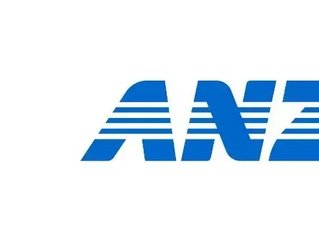 BREAKING NEWS: NAB has passed on the rate cut.

This story originally appeared on smh.com.au on 8 December 2011.

ANZ has become the first of the big four banks to cut interest rates in the wake of the Reserve Bank's decision on Tuesday, matching the 25 basis-point reduction.

After two days of silence in which the major banks have been resoundly criticised for holding off, ANZ said today that given the economic conditions facing consumers that it should pass on the full cut.

ANZ's cut will take effect next Friday, December 16, and will see its standard vairable mortgage rate reduced to 7.30 per cent. The reduction will save the typical mortgage holder with a 25-year, $300,000 loan about $49 a month.

The bank's reduction will now put pressure on rival banks to follow suit, including the two largest lenders, the Commonwealth Bank and Westpac.

It will also put the National Australia Bank in the firing line. Many in the banking industry believe the Melbourne-based NAB has been considering a smaller cut than the RBA because of the funding pressures on its bottom line.

NAB was the only one of the big four banks not to pass on full the last rate of 0.25 percentage points by the Reserve Bank on Melbourne Cup day.

“In the face of the economic and banking crisis in Europe, our decision on the size of the interest rate change has been one of the most difficult we have made in recent times,'' said Philip Chronican, ANZ's Australian divisional chief executive.

''Retail banking margins have been contracting as the cost of funds has progressively risen over the last six months," he said.

“We know many people in the community are doing it tough at the moment and, on this occasion, we felt that a decision to reduce interest rates by 0.25%pa for home borrowers and for small business was the right one in the circumstances."

Bank of Queensland and MEBank moved on Tuesday to pass along the full 25 basis-point cut to their customers. A slew of credit unions have also matched the central bank cut, including bankmecu, My Credit Union, Police and Nurses Mutual Banking, Police Credit Union, Northern Beaches Credit Union, ECU Australia and Heritage Bank.

Mr Chronican said the ANZ will now announce changes for retail and small business variable interest rates on the second Friday of each month.

‘‘This provides a measure of predictability for customers on when rate changes will occur and it provides us with the flexibility to reflect movements in funding costs across the full spectrum of funding sources - not solely in response to the Reserve Banks cash rate.’’

The new small business rates also take effect on December 16. The bank also announced it will offer a special two-year fixed term mortgage at 5.95 per cent.