What you need to know about Exetel’s overseas launch 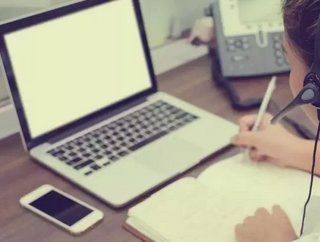 Exetel, the Sydney-headquartered internet service provider (ISP), is set to disrupt the UK telecoms market when it launches cheap broadband data and voiceover IP services in the country this week. Here are the key facts about the launch.

Exetel is targeting SMEs
The company has pledged to invest “whatever it takes” in staking its claim in the small-and-medium-sized business broadband market, which is currently dominated by BT.

The UK’s household broadband market is divided between the country’s four major providers: BT, Vodafone, Sky, and Virgin Media. However, when it comes to the SME segment, BT takes the lion’s share with ownership of nearly half of fixed-line revenues.

“Exetel’s entry into the UK will see the lowering of the costs of data services for businesses, changing the shape of the industry. Being an SME ourselves, and highly familiar with the UK market, we understand the importance of agility, speed, and of course affordability,” said Richard Purdy, Exetel’s CEO.

A few UK companies have helped them along the way...
Exetel has signed wholesale deals with some major telecoms providers, including TalkTalk, Vodafone, BT and Virgin. It has also teamed up with Virtual1, a London-based wholesale network operator, which owns a fibre broadband network in the city.

“We are pleased to welcome Exetel on board as a key partner. Their commitment to the SME market through their low cost, high-speed voice and data solutions will help enable us to bring our businesses closer together,” said Simon Durrant, the business development director at Virtual1. “It’s great to be working with a partner so focussed on a key business market and we look forward to a successful future for them as they enter the UK market.”

But there’s one provider they’re not thrilled to be relying on
The Australian ISP will have to work alongside BT to get its infrastructure in place, but it’s none-too-thrilled with the company's reputation for dallying on installations.

“Installation times are one thing we’re not happy with, because we won’t have any control over it ourselves,” said Purdy.