Westpac and Amazon partner to deliver banking services on Alexa 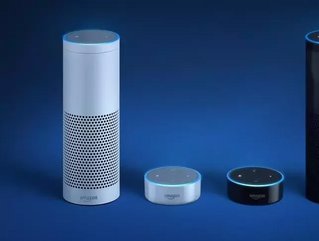 Major bank Westpac has been working with ecommerce giant Amazon to install banking services on Alexa for Australian consumers.

Named Westpac Banking Skill, the project has seen the development of a range of functions such as account balance updates and announcements of recent transactions, while it also enables users to receive Westpac’s finance industry news bulletins.

The two companies will continue to work on increasing functionality as the cooperation develops.

George Frazis, Chief Executive, Consumer Bank at Westpac, said: “We know our customers want a seamless banking experience that fits with their needs and complements their lifestyles.

“As more people adopt innovative voice-activated technologies in an increasingly mobile world, we are excited to be one of the leaders in this space providing secure, easy to use, cutting edge banking services for our customers.”

Customers cannot, at least for now, transfer funds or make payments via Alexa.

However, this is one of several recent digital projects currently being explored by the major bank. In November, Commonwealth Bank, Westpac and National Bank of Australia (NAB) announced they are teaming up to develop a new payment app that enables free instant payments to consumers and small businesses, regardless of who they bank with.

Westpac also launched a new range of wearable payment devices around the same time, in response to research that Australia has the highest contactless payments penetration in the world.