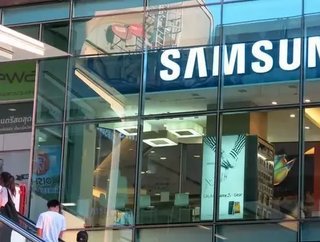 Linked with the company’s focus on its memory chips, DRAM and NAND, where manufacturing has ramped up as a result of increased demand. Samsung Electronics is expecting profits to exceed previous years, with the launch of the Galaxy S8 and smart TV’s, which are becoming an increasingly attractive market, with the use of the chips which store data on various connected devices. The company has stated that it will be investing significantly in its chip division, where profit has risen to 8 trillion won, from 2.6 trillion won in 2016’s quarter 2 figures.

The record profit is impressive, considering Samsung has had a difficult year. Its internal operations have been under scrutiny, where vice chairman Jae Y. Lee was accused of bribery and embezzlement, and consequently jailed, creating a domino effect with the downfall of President of South Korea Park Geun-hye.

The company is also sure to gain increased revenue through the sale of its organic light-emitting diode (OLED) screens, which will be embedded in upcoming iPhone products and smartphone products. Many have even suggested that Samsung is set to overtake Apple as one of the most successful tech companies globally.

For the Display Panel Business, Samsung has stated that an increase is expected in initial start-up costs for the new OLED production line, with intensifying price competition predicted from LTPS LCD in the mid- to low-end rigid OLED segment.

However, the mobile division has seen a decrease in profit from the previous year, recording a profit of 4.1 trillion won, in comparison to last year’s 4.3 trillion won.