Samsung and TPG: Building the Network of Tomorrow 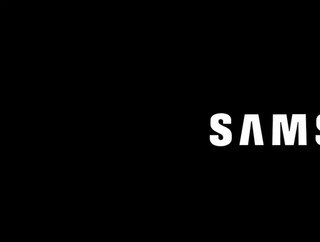 Samsung is enabling TPG Telecom to transcend the limits of conventional mobile connectivity.

The ways in which telecommunications networks are designed, built, orchestrated, and operated are undergoing a fundamental evolution.

“The network of tomorrow will be a platform going beyond the limits of conventional mobile connectivity for future use cases, such as smart factories, smart offices, and smart cities,” says Jonathan Ang, Head of Networks for Samsung Australia. “To embrace all of these new, immersive use cases, telecommunications networks need to have more flexibility - as well as more powerful capabilities - than ever before, including network slicing, beamforming, and mobile edge computing.”

Samsung has been working closely with TPG Telecom to bring virtualisation in Australia. According to Ang, “the virtualisation of TPG’s 5G network is a key step on TPG’s journey towards creating the network of tomorrow.”

Yago Lopez, General Manager for Wireless and Transmission Networks at TPG Telecom, is a firm believer that “In a 5G world, you have got to have strong partners. And our partners have been key to finding solutions to the challenges of this rollout.” Samsung’s vRAN expertise and ground-breaking solutions have been a key element of TPG Telecom’s efforts to cover 85% of Australia’s largest metros with its 5G network ahead of schedule. And both Samsung and TPG are just getting started.

“Imagine a virtualised network that can dynamically adjust its resources in relation to the changes in services while keeping the network quality constant,” says Ang. “The beauty of this solution is in the capability. Samsung’s vRAN delivers performance on parity with traditional hardware-based equipment, while covering most of 5G spectrum bands available in the market and supporting advanced wireless technologies.” Adopting a virtualisation will, he continues, open up a whole new engineering perspective towards managing the lifecycle of the network. “Continuous integration and continuous deployment enable remote, near zero-time upgrades, leaving network operation uninterrupted,” he explains.

Today, Samsung is the only major telecom infrastructure vendor to offer wide-scale commercial deployment of virtualised RAN, and is already serving millions of users with ground-breaking technology solutions. “For the first time in the industry, we’ve demonstrated the powerful capability of Samsung’s vRAN by successfully supporting our 64T64R Massive MIMO radio to reach 1.5Gbps on mid-band spectrum. This success proof that Samsung’s vRAN solution has the capability to handle massive data traffic.”

As TPG Telecom’s 5G network continues to grow and evolve, Samsung’s vRAN will support and enhance that network expansion. “Together with TPG, Samsung looks forward to bringing immersive mobile experiences for users in Australia and to reshape the value of 5G for enterprises,” says Ang. “We are ready. TPG is ready. Let’s virtualise the network today.”