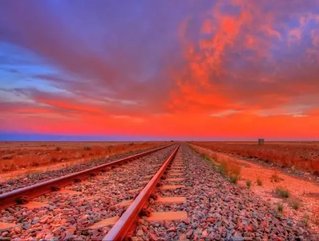 Described in the company’s press release as the first of its kind, Rio Tinto said the deployment of the trains to Western Australia solidified the region’s reputation as a global leader in rail technology.

“The success of AutoHaul would not have been possible without the expertise, collaboration and dedication of teams within Rio Tinto and our numerous partners,” said Rio Tinto Iron Ore managing director of Rail, Port & Core Services, Ivan Vella. ”I’d also like to commend our train driving workforce for their support and professionalism during the transition period.”

Used to transport iron ore, the 2.4km long trains travel 1,700km of track, ferrying ore from 16 mines to ports in Dampier and Cape Lambert. The trains are monitored remotely from Perth. Rio Tinto said it collaborated with Hitachi Rail, Calibre, New York Air Brake, Wabtec and others to develop the platform.

Michele Fracchiolla, President Americas and APAC Business Unit, Hitachi Rail STS said: “Hitachi Rail STS is extremely proud of the lead technical and delivery role it played in enabling the deployment of the world’s first fully-autonomous heavy haul, long distance rail operation. This is a new technical benchmark for the freight rail industry worldwide and the result of a long-established and collaborative partnership between Rio Tinto and Hitachi Rail STS. Now that the trains are running autonomously, the levels of continuous improvement that can be achieved in safety, operational efficiency and sustainability are endless, and we look forward to continuing to collaborate with Rio Tinto to enhance the AutoHaul™ system.”

The company stressed the safety of its autonomous trains, with collision detection systems and automatic speed restriction controls. They have already safely travelled over 4.5mn km autonomously since their deployment last year.