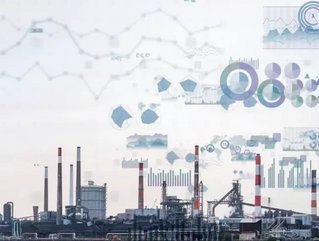 It has been reported that Rio Tinto has awarded New Zealand-based Scott Technology a contract regarding its Koodaideri iron-ore project.

Located in Pilbara, Western Australia, Scott Tech’s contribution to Koodaideri would be to design and construct an automated on-site laboratory for Rio Tinto’s so-called ‘smart mine’.

Rio Tinto secured approved funds of AU$2.6bn in 2018 to start planning the Koodaideri mine. Scheduled to start production in 2021, the company projects that it will have a capacity of 43 million tonnes per year.

The mining giant is highly optimistic about the scope and success of its development plan - so far, over 70 design innovations have been selected - and it is confident that the project, via its extensive utilisation of automated and simulated systems, will be its safest mine yet.

Collaborating on the future of mining

A global leader in robotics and automation solutions, Scott Tech commented to Immersive Technologies that “the project leverages recent advancements in automation and digitisation, helping to deliver a safer and more productive mining operation.”

“Once completed and in production in 2021, the Koodaideri laboratory will be the safest, most productive, highest quality iron ore facility in the world.”

Speaking about the changes in the mining industry which meant increased automation was becoming a necessity, John Kippenberger, CEO, said that Scott was ready to take on the challenge for a prestigious client.

“Scott is well-positioned to take advantage of this growing demand and we are progressing a number of opportunities across a range of sectors,” he stated. “With these latest developments in our technology platform, we see the mining sector continuing to play an increasingly important role as a contributor to Scott’s future growth.”

“We are looking forward to partnering with Rio Tinto on this innovative project that once complete will set the new benchmark for safety and operational excellence in Iron Ore sample preparation and analysis.”