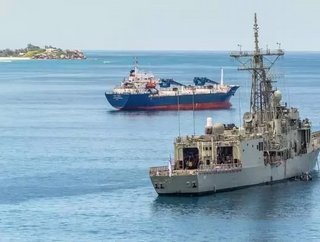 GE, supplier of gas turbine engines for Australia’s Navy, has entered a partnership with CSIRO’s Data61 to develop and test technology which will help predict engine failure.

CSIRO’s Data61 has developed an application that will process data from GE engines captured from sensors and use advanced analytics to identify where improvements can be made.

Techniques such as machine learning and advanced algorithms will be used to predict future failures and reduce fuel burn. In addition, data visualisation tools will be used to represent the engine performance. The data analysis is expected to highlight areas where operational efficiencies can be achieved.

Brien Bolsinger, Vice President, GE Marine, said: “With the expertise of CSIRO’s Data61, we aim to use the insights gained from data to support the Royal Australian Navy.

"This is the first Australian application of data collection from GE’s LM2500 engines for naval purposes. In the long-term there is enormous potential for further advanced data analytics tools to be developed here in Australia that can be applied to other GE-designed military and commercial marine engines,”

The technology will be piloted on two Australian vessels at the end of 2017, with a view to rolling it out across the fleet if successful.

GE’s engines are currently installed in 35 navies across the world, including those of the US, Japan and South Korea.