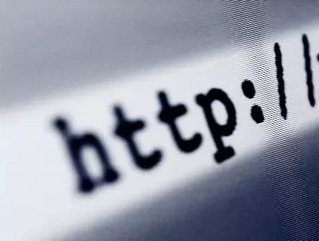 Five high-profile web domain names – including the top-ranked Google search result for “Sydney” – are up for grabs, the News Limited Network reported.

If you have the means (and the use) for destination domains Sydney.com.au, Brisbane.com.au, Melbourne.com.au, Adelaide.com.au or the surprising fifth address Auction.com.au, now is the time to buy.

This collection of domains is reportedly worth upwards of $3.5 million and is being promoted primarily to large overseas investors.

Related coverage: Top Level Domains are a World Outside of Dot-Com

"We're looking to sell to mainly an overseas company, maybe a large international corporation who is a diverse player in the media, retail, real estate and tourism industries,'' said Mike Robertson of Brisbane company Domain Guardians, who is brokering the deal.

"Any international corporation that's wanting to make a big power play into the Australian market and space, they would be a natural fit."

According to The Australian, the sites were first registered more than 20 years ago and are currently owned by companies involving three partners: former journalist Rod Ashcroft, businessman Michael Tancredi and IT-specialist Phill Bertolus.

The cities of Sydney and Melbourne have “released a joint tender” that would allow the states to operate their own gTLDs (generic top-level domains) for a nominal licensing fee to and to institute dot-vic and dot-nsw in place of dot-com.

Sydney.com.au is Google’s top search result when the name “Sydney” is entered, giving this particular domain even more commercialisation power.

“When you consider the Sydney economy in 2011 was worth $342 billion, what price then do you put on the commercial value and importance of sydney.com.au when the website comes up first in the Google search results?” asked Mr Robertson.

Other major cities including Paris, Berlin and New York City are also considering adding their own gTLDs – dot-paris, dot-berlin and dot-nyc, respectively – to their domain names.

According to Mr Robertson, the domain name Auction.com.au could become one of Australia’s biggest online sales platforms.