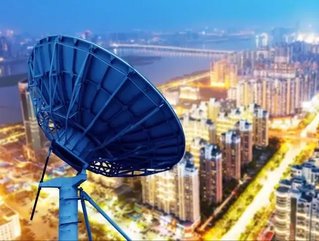 A report says that China is leading the way globally, if by a narrow margin, in the 5G race.

Analysys Mason’s report says China has a “narrow lead” in “overall 5G readiness” just ahead of South Korea, and its main rival the US.

The report ranked 10 counties on their readiness for 5G adoption and found that those three countries in were in the lead, while Japan rounded off the top four.

Analysys Mason is a global consultancy and research firm specialising in the telecommunications, media and technology sectors. It attributed China’s lead to “a combination of both proactive government policies and industry momentum”.

Ant Financial hopes to raise $10bn ahead of an IPO

The US, meanwhile, was ranked highly as “America’s wireless industry is a global leader in preparing to deploy 5G commercially, with significant investments in these next generation networks”.

The report outlined readiness for 5G by studying the “5G spectrum and infrastructure policies as well as the commercial industry plans” of the countries it looked at.

Some key findings included: “all major Chinese providers have committed to specific launch dates and the government has committed to at least 100MHz of mid-band spectrum and 2000 MHz of high-band spectrum for each wireless provider.”

However, the US still hopes to win the 5G race. Meredith Attwell Baker, President and CEO of the CTIA (the US’ wireless communications trade association) said: “I’m optimistic we will leapfrog China because key leaders in the Administration, on Capitol Hill, and at the FCC are focuses on the reforms needed to win the race.”