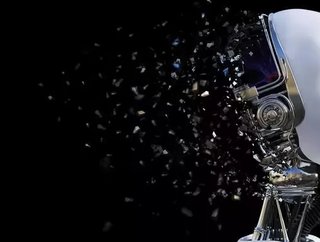 IT company Infosys found that Australian companies are the worst prepared for the arrival of artificial intelligence (AI) technologies (out of selected major economies). To find this information, Infosys commissioned independent research agency Vance Bourne to survey 1,600 business leaders of companies with a) over 1,000 staff b) at least $500 million annual revenue across Australia, China, the United States, Germany, France, India and the UK

Although Australia spends the second-largest amount of money on automation, the country came last in both the skills needed for AI takeup and plans to integrate AI.

“Though many Australians may not recognise it, AI is all around us,” Andrew Groth, Senior Vice President & Regional Head of Infosys Australian and New Zealand said. “Using complex algorithms, Australian businesses are programming computers to analyse, learn and action vast volumes of data to help combat credit card fraud, speed up new medicine discoveries or even improve your online shopping experience.”

However, the study also found that major Australian businesses invested an average of $7.9 million last year in AI, which places it only behind the US. Infosys expect Australia’s AI spend to increase further, “as organisations in every sector look to scale up and broaden their AI strategies”.

Clearly, Australian financial investment in AI is high. However, businesses are struggling to translate money into results. “The path to AI deployment is a marathon, not a sprint,” Groth said.

We take a look at the Australian businesses who’ve committed to the marathon, and see what they’re doing to accommodate AI technologies.

Australian direct bank ME plans to explore AI technologies this year. The firm wants to supplement its existing automated decision-making capabilities and further streamlines its customer relations. According to ME IT boss Mark Gay, customer experience is something fintech businesses are doing well and thus they pose a threat to the banking sector. ME recognises a need to research and experiment with AI. They want predict the future of AI in banking. The bank will be feeding data into the Microsoft Analytics Platform System, a big data analytics appliance that it bought last year to gain further insights into AI. ME purchase evaluation, credit and behavioural data regularly in order to help automate decision-making. Its work with AI supports Groth’s claim that many large Australian businesses are already experimenting with AI. It’s early days for ME and AI, so no one can say whether they’ll reap the rewards of “cost savings, improved productivity and better decision making benefits.”

Groth continues: “We’re also seeing robotics AI in the form of driverless trucks that improve safety for Australian mine workers, autonomous machines manufacturing high-tech products and even a robotic pharmacist being used at a Perth hospital to order and dispense lifesaving drugs.”

Said hospital is Fiona Stanley Hospital, which introduced an automated pharmaceutical ordering system. The set up consist of $7 million robots which move, scan and store $200,000 worth of drugs daily. According to ABC, Fiona Stanley hosts the biggest robotic drug dispensary in the southern hemisphere. The human workforce previously responsible for these jobs has been reassigned to other tasks in the hospital. Rather than making staff redundant, Fiona Stanley Hospital has proven preparation for AI by planning to replace jobs

Large firms focusing on AI demonstrates efforts by Australian business to invest in the sector. Not only that, the efforts show an awareness of AI immaturity. Businesses are studying innovation in AI, experimenting with these technologies, and making sure that there are minimal job losses when AI arrives.