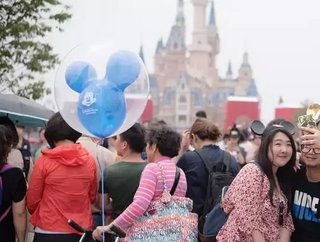 China’s theme park market is gathering pace. By 2020, it could very well be the largest in the world due to the country’s growing middle class.

China’s broad middle class is expected to make up around 50 per cent of the country’s GDP consumption by 2030 according to ANZ Bank.

Shanghai Disneyland delivered a $5.5 billion resort this year – an indication that the world’s leading kid’s entertainment company sees major opportunities in the country. Furthermore, foreign developers are building or planning over 60 major amusement parks in China.

As companies move into China, they face competition from local players already seeking to capitalise the current climate. Local Wanda Group has been vying with Disney for the attention of China’s thrill seekers. Ahead of Wanda’s 34 billion yuan theme park launch in Hefei in September, Wanda chairman Wang Jianlin has said his company’s parks are a “pack of wolves” that will defeat Disney in Shanghai.

“At Wanda, I always say we want to ensure Disney is not profitable for 10 to 20 years in this business segment in China,” he said.

Markus Schuckert, assistant professor of tourism management at the Hong Kong Polytechnic University said: “Domestic brands have to bring in more know-how and better understand their own attractions and their own branding,”

“We can’t put all these parks into one box, or all these attractions into one basket. There are specialised parks, attractions and brands, some will have a bright future ... and there will be others who will be shaken off by the competition.”