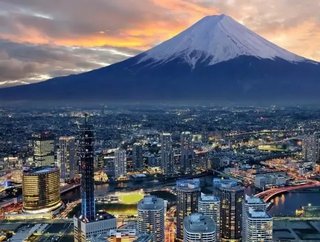 The 2018 US Open champion Naomi Osaka has been named as Nissan’s new brand ambassador
Osaka defeated Serena Williams on 8 September in straight sets, becoming the first Japanese player to win a Grand Slam title.
The Japanese car manufacturer hopes to capitalise on Osaka’s youth and status as a rising star to appeal to younger drivers, particularly as it looks to boost sales of its all-electric Leaf model.
Reuters suggested that the move is a “branding departure” for Nissan, “whose popular GT-R sports car appeals to men aged 40 or older”.
As Osaka is half-Japanese and half-Haitian, Reuters also said in a video that Osaka’s newfound fame and media presence could help to promote ethnic inclusivity in the traditionally ethnically homogenous Japan.
Adidas AG, Yonex, Nissin Foods, Wowow Inc, and Citizen Watch have also won endorsement from the young tennis star.
See more:
Other sports figures to have represented Nissan include Germany’s Max Meyer, and Jamaica’s Usain Bolt.
Nissan is battling for a greater share of the electric vehicle market with its all-electric Nissan Leaf, and the hope is that appealing to younger drivers via its new ambassador could boost the Leaf’s sales performance.
The 2018 model of the Leaf “received a thorough redesign, finally ditching its familiar and frumpy exterior and getting just enough of an interior upgrade to keep it relevant”, CNET said.
“More importantly, though, the range got a significant boost, up to an EPA-rated 161 miles”.
Nissannaomi osakaus openLEAF
Share
Share