How Greenpeace Convinced Lego To Drop Shell: The Power of Video Marketing 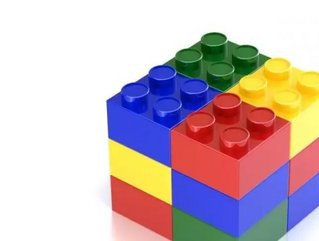 Much like their approach to producing new sets created by the public, Lego has responded to Greenpeace’s call to end its partnership with Shell after one million people signed a petition against the partnership.

In light of Lego’s commitment to use more renewable energy and phase out oil in their products, Greenpeace called on Lego to end their co-promotion contract with Shell in July of 2014. Greenpeace pushed for the dissolution because of Shell’s plan to drill for oil in the Arctic, a move which the organization is vehemently against.

In September, Greenpeace Australia Pacific CEO David Ritter accompanied Kiribati President Anote Tong to the Arctic to highlight its importance to countries on the climate change front line. "The Arctic may seem distant, but its health is vital to all of us," said Ritter. "Lego's decision is yet another clear sign that the world is turning its back on companies such as Shell who are putting the Arctic—and our future—at risk."

Greenpeace’s biggest weapon in its campaign was a video marketing campaign in the form of a YouTube video titled “Everything’s Not Awesome.” Set against the sounds of a slowed down, eerie version of the song “Everything Is Awesome,” from “The Lego Movie,” the video at first showcases the Arctic as a thriving and beautiful place to be, made of Lego bricks. After a shot of the Shell trucks and kits Lego sells, black liquid slowly bubbles up and begins covering the pristine landscape, drowning scared people, indigenous species and even Santa and an elf.

Although the video was removed shortly after it was uploaded due to a copyright violation claim, once it was reloaded it has since gone on to garner over 6 million views, which led to one million people signing the petition.

Greenpeace can be a polarising entity, to say the least. But instead of focusing on the content of the video, consider the video itself as a marketing tool. YouTube is the second largest search engine in the world. It didn’t take long for the video to go viral, giving Greenpeace an even wider platform from which to promote their cause.

And they aren’t the only ones doing something like this. Watching the video reminded me of “The Scarecrow,” Chipotle’s self promotional video. It uses its video to tell a story in the opposite way of Greenpeace. The tragedy is at the beginning: A scarecrow, a worker at a modern farming company, shows the travesties involved in his job. In the end, the scarecrow returns to the wholesome farming practices Chipotle advertises.

You may not have a big production budget for a video with special effects and animation, but video marketing is a very useful tool at getting your brand’s message out.

Below is Chipotle’s “The Scarecrow.”